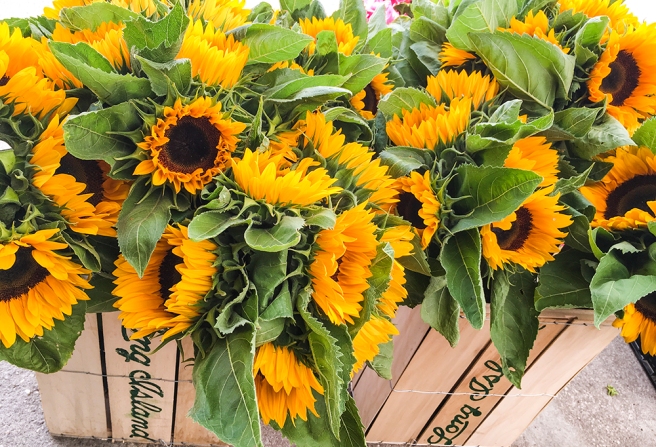 Hey blog, long time, no post! I’ve attempted for a few weeks already to sit down and write something for here, but I’ve definitely been suffering from creative and writer’s block. I work as a marketing manager for a nonprofit and one of the areas I cover is summer camp, so my brain has been elsewhere and really the only thing I have taken pictures of is children having fun at camp for the social media pages. My camera and I have been on a break and I really do miss it. It took going through old photographs I’ve taken to make me realize just how much I missed going out and exploring. When things get hectic in life, I always neglect self-care for myself and I realize now that is something I shouldn’t do, since I need to have a creative outlet to clear my head. Every spring, I always make a list of places I want to go to for photography purposes and half the time I’m lucky if I get to two of those places, but I’m making it a goal now to start tackling them. I already booked a trip for late summer to cross one of these places off my list, so hopefully that’ll be the first of many I get to!

One thing that hasn’t wavered is my love for books, so I wanted to share my thoughts on some of my recent reads.

Everything We Give by Kerry Lonsdale: I’ve read Lonsdale’s other books in the Everything series, Everything We Keep and Everything We Left Behind and Everything We Give has now become my favorite in the series. I read the first book on a complete whim, I had never heard of Lonsdale before and the price was right on Amazon, so I purchased it and I’m so glad I did and had the chance to read as many stories as possible with these characters. This book was definitely more emotional in my opinion than the last two and I really enjoyed hearing the story from Ian’s perspective. I’ve heard that Lonsdale said this would be the final story she would be telling for Aimee, James and Ian and I think that the ending in this book is left with the opportunity for her to continue. If it truly is the end, than it was a great way to say goodbye to the characters. I received a digital ARC from NetGalley and Lake Union Publishing in exchange for an honest review.

Young Jane Young by Gabrielle Zevin: I had this book sitting on my shelf for months and finally decided to pick it up and I’m really glad I did. I loved the book so much more than I expected to and I’ve passed the book off to my sister to read because it is that good. Aviva’s life is ruined when she has an affair with the congressman she is interning for. Left with no choice but to start her life over, the book tells the story from the perspectives of Aviva, Rachel her mother, her daughter Ruby and the congressman’s wife Embeth.

All the Beautiful Lies by Peter Swanson: The book I always recommend to people is The Kind Worth Killing by Peter Swanson, which is one of my all-time favorite books. The twists and turns in that book are so good that half of them I never saw coming and the ending still angers me because it left me wanting so much more. After reading that book, I’ve been waiting for the next book of Swanson’s to fall in love with and it just hasn’t happened yet. All the Beautiful Lies was my least favorite of his that I read and as I said to my co-worker who also read it, I’m getting tired of the amount of people who die in his books. I read some reviews before I started this book that actually made me consider not reading it because people said the story line was disturbing, and it definitely can be for some. I feel like having read Swanson’s previous books, I kind of expected some of the uncomfortable topics he wades into, but I found this book too predictable almost and not the psychological thriller I was expecting from him.

The Wedding Date by Jasmine Guillory: Loved this book so much! Every year I seem to fall in love with one “chick lit” book, previous ones being The Royal We by Heather Cocks and Jessica Morgan and Eight Hundred Grapes by Laura Dave and The Wedding Date is this year’s book. As predictable as the book was at times, I didn’t want to say goodbye to Alexa and Drew when the story was over. Alexa and Drew meet in an elevator and he has this wild idea to invite her to be his date to his friend’s wedding. What follows is their attempt at traveling back and forth from San Francisco to Los Angeles to see each other for weekends all with the intent that they will not fall in love with each other. Such a great debut novel for Guillory, I’m already looking forward to her next book, The Proposal which comes out in September.

When Life Gives Your Lululemons by Lauren Weisberger: I really liked the first few chapters of this book and figured it was going to be great and I feel like once I got to the halfway point, this book just went downhill for me. I read The Devil Wears Prada years ago and I have to say, Emily was not one of those characters I was hoping to hear more from in the future, but I really enjoyed reading Weisberger’s The Singles Game last year so I figured I would give this book a chance. The story is told from the perspective of Emily who is now an image consultant, her childhood friend Miriam and Miriam’s friend Karolina who Emily takes on as a client. I found the characters to be completely unlikable and the only thing that kept me reading it was I was hoping it would get better towards the end!

Welcome to Sky Blue Pink. I'm Alyson and this is my place to share photography, book reviews, things that inspire me, and anything else that crosses my mind. More

Happy first day of spring! 🌷
Counting down the days until spring and the return of blooms, especially after this winter!
This house looked like it was straight out of a Hallmark movie.
From a few weeks ago, the start of the leaves changing in upstate New York. 🍂
Returning to this account with a new name and a photo of one of my favorite flowers. Even better is getting to the dahlia garden early enough that I didn’t have to share it with anyone!
Everything’s coming up roses